Your Candidate Is Sinful, Not Flawed 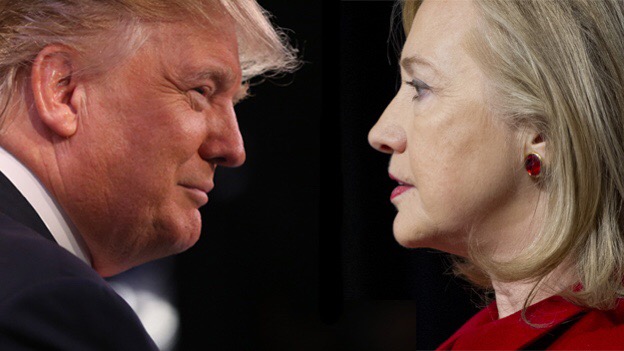 I am very aware of my sway as a pastor.  I serve an amazing church who knows me well enough to know that my heart’s desire is to lead people to the truth found only in salvation through Jesus Christ.  So they trust me greatly.  This trust is a double edged sword that I constantly monitor and balance (unbeknownst to them until now.)  Knowing that what I say has a great impact on what people believe, I am cautious to only preach the Word of God and not to add or subtract from it.  And the same goes for my posts on social media or elsewhere.

However, as a pastor, I also have this truth looming over my head: I will be held accountable before God for what I teach or fail to teach regarding the truth of the Word of God.  James 3:1 warns, “Not many should become teachers, my brothers, knowing that we will receive a stricter judgment.”  Wow!  Hebrews 13:17 says, “Obey your leaders and submit to them, for they keep watch over your souls as those who will give an account….”  Gulp.  In other words, pastors and teachers of the Word of God, be careful how you are leading people because God is going to want to hear what you taught and what you didn’t teach to those listening.

And so I cannot remain silent when I see Christians ignoring sin for the sake of politics.  The gospel is at stake.  When we gloss over sin, we belittle the grace of God.  Non-Christians hear a very conflicted message – your sin of greed or anger or apathy or fill-in-the-blank is worthy of hell but Donald Trump’s sin of assaulting women is just locker room talk.  Before you think this is merely hyperbole, I have personally witnessed to people who already feel that Christians have a double standard when it comes to sin.  This election is only feeding fire to this notion.

We have to stop defending sin.  Just stop.  You can vote for a sinful candidate with a clear conscience.  (Every candidate in the history of the American presidential election is a sinful candidate.)  What we can’t do is pretend like sin doesn’t exist.

For the Gospel’s sake, here are five things we must stop doing as Christian voters.

I believe that if Christians will honestly stop defending the sinful actions of each candidate, they’ll probably reach the same conclusion I have.  I will look for a third party or abstain from voting altogether.  Hillary’s platform and her character both disqualify her from office.  Trump’s platform looks decent on (not all but) many things, but he doesn’t have a history of supporting the very issues he is running on and his character is, well, deplorable.  Save your, “a no vote for Candidate A is a yes vote for Candidate B.”  I’m flattered that you think my inaction has twice as much effect as your action, but it doesn’t.

However, if you can honestly and openly acknowledge the deficiencies in each candidate and choose to vote on platform stances of their respective parties, please do.  We are all entitled to make our own choices.  Just please, please stop making these two candidates out to be saints by brushing by their sin.  The gospel, yes the gospel is at stake.

One thought on “Your Candidate Is Sinful, Not Flawed”